I have mixed feelings about this book. There are many little nuggets of trivial wisdom, regarding impulsive buying, self-worth and so on. But, disconnect I have with the Fumio’s central philosophy is that in my view having less is a result of a calm and clear mind, not another way around. I can see who’d benefit from reading this book—it’s just not me. If you are a pathological hoarder—read this book.

Book reads like a self-help book. I didn’t expect that; granted this is not a problem with the book itself.

On the final note, Fumio seems to be obsessed with Tyler Durden and Steve Jobs. No surprises here, although I’m not sure he has ever seen Steve’s home workplace, which happens to be one of my favorite photos of Steve. I might write about why I think cluttered (in a certain way) workplaces are right, at least for me.

Check my e-mail obsessively and respond immediately, thinking that this somehow showed I was great at my job.

We’re all born into this world as minimalists, but we Japanese used to lead minimalist lives as well. Foreigners who came to Japan before our industrialization were shocked. While it might be hard to imagine today, most people owned perhaps two or three kimonos, always kept fresh and clean, as their entire wardrobe. They packed light, their legs were strong, and they could walk wherever they needed to go. Homes were simple structures that could quickly be rebuilt, and people didn’t tend to live in the same place all their lives. Japanese culture used to be a minimalist culture.

It’s quite well-known that Steve Jobs considered Master Kobun Otogawa of the Soto school his master and had at one point seriously considered studying Zen at the temple Eiheiji, located deep in the mountains on the coast of the Sea of Japan.

My feeling is that minimalists are people who know what’s truly necessary for them versus what they may want for the sake of appearance, and they’re not afraid to cut down on everything in the second category. The things that are important to you will vary. The process of reducing your other items will also vary. So I don’t think there’s a single correct answer to the question of what makes a person a minimalist.

Minimalist technology has expanded to include services as well. I live in Tokyo where traffic is always a nightmare and the public transportation system is very reliable, so there’s really no need to own a car.

Where do this people see tracffic jams in Tokyo?

No matter how much we wish for something, over time it becomes a normal part of our lives, and then a tired old item that bores us, even though we did actually get our wish.

Tal Ben-Shahar, a popular Harvard lecturer in positive psychology, became Israeli national squash champion at the age of sixteen. His five years of six-hour daily practices paid off. But once he got home after the victory ceremony, he realized that the joy had worn off and he was left with a feeling of emptiness. He told people that the happiness lasted for only three hours. Only a handful of people get to experience the monumental joy of big achievements like these. And yet, even those few people quickly get used to such feelings of contentment.

As embarrassing as it is to admit it, that just about sums up why I had piles of books stacked up in my apartment. I was trying to show my worth through the sheer volume of the books I owned.

When your entire neighborhood is your floor plan, the possibilities will be endless.

Yes! Use the city! 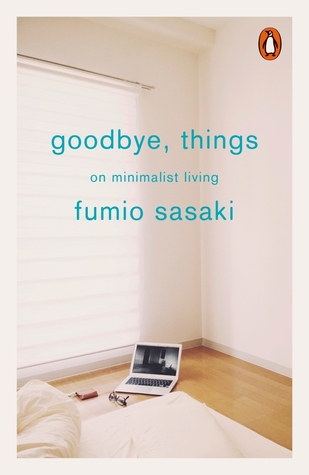